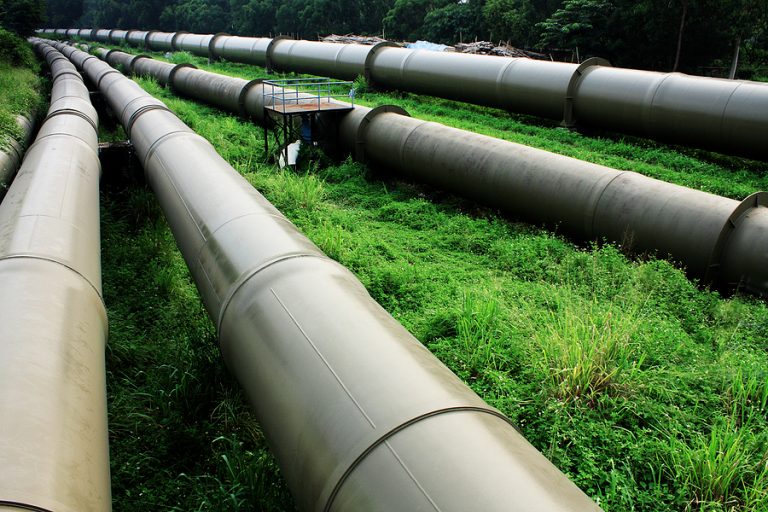 The Zeelink gas pipeline - designed to connect consumers in north-west Germany to the Zeebrugge LNG terminal in Belgium - has started flowing gas.
Zeelink - developed by a joint venture of Open Grid Europe (OGE) and fellow German grid operator Thyssengas - carries high-calorific gas (H-gas) to German consumers that are traditionally buyers of low-calorific gas (L-gas ) from the giant Groningen gas field in the Netherlands.
Construction of the €695 million pipeline - with a capacity of 26.4 million cu m/d, or 9.6 Bcm/year - began in April 2019 and was completed in March this year.
"The Zeelink gas pipeline connects the European energy infrastructure even more closely and therefore stands for security of supply," Armin Laschet, Prime Minister of North Rhine-Westphalia, said at a ceremony to mark the launch of the pipeline.
Jorg Bergmann, spokesman for the management of OGE, added: "Zeelink is not only one of our largest projects, but also a state-of-the-art pipeline system that is future-proof.”
Germany's overall gas demand is around 90 Bcm/year and the west and north-western parts of the country are major industrial gas consumers.
However, users in the past have relied on L-gas from the giant Groningen field, whose production has been slashed in recent years because of the risk of earthquakes associated with drilling.
Germany is currently working to convert huge numbers of L-gas appliances in the region to be able to take H-gas, with 2021 set to see a record number of conversions in households and businesses.
About 570,000 device adjustments are planned this year -- more than for any other year -- while in total, some 5 million gas appliances such as boilers, kitchen stoves or water heaters in private households and businesses will have to be converted by 2030.