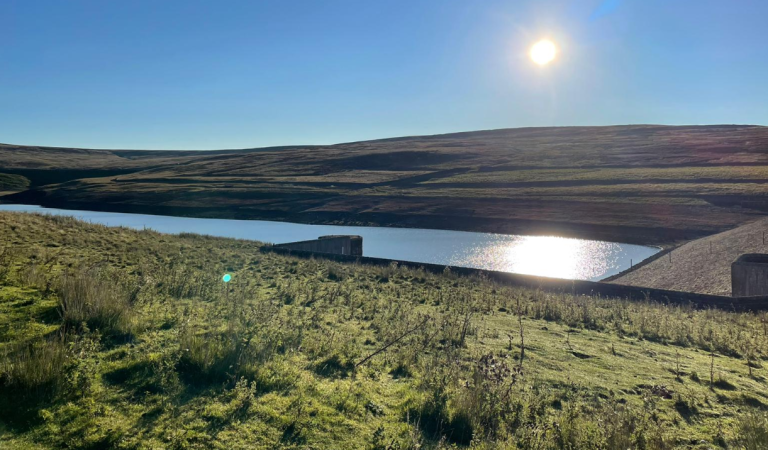 An emergency water pipe was flown in by helicopter to increase water stocks in part of West Yorkshire in the UK, which have experienced the lowest rainfall in 130 years.
Despite recent spells of rain, water levels at reservoirs in the Worth Valley are much lower than usual.
According to Yorkshire Water, reservoirs need months of rain to help them return to their normal levels.
The company said the new pipeline, which will be flown in by helicopter and laid between Walshaw Dean reservoir in Calderdale to Ponden Reservoir in the Worth Valley, would help top up supplies.
Initially the pipe will be in place for two months, but this will be dependent on the weather and any rainfall in the area, which they say will be monitored closely.
In recent months, the company introduced a hosepipe ban across the region and made further efforts to reduce demand on water from Worth Valley reservoirs.
Deborah Feldhaus, head of water quality and production at Yorkshire Water, said: “The transfer of water from our Calderdale reservoirs will be like a temporary extension of our existing network of pipes and will help to support worth valley reservoirs, which have seen the lowest rainfall in 130 years."
The company said it had not ruled out creating a permanent transfer link between reservoirs in Calderdale and the Worth Valley.
Yorkshire Water has also used its extensive grid network to bring in treated water from neighbouring areas, so that drinking water supplies are supported by water from other parts of Yorkshire.
It is also reviewing other schemes in the area that could provide further resilience in the water network.