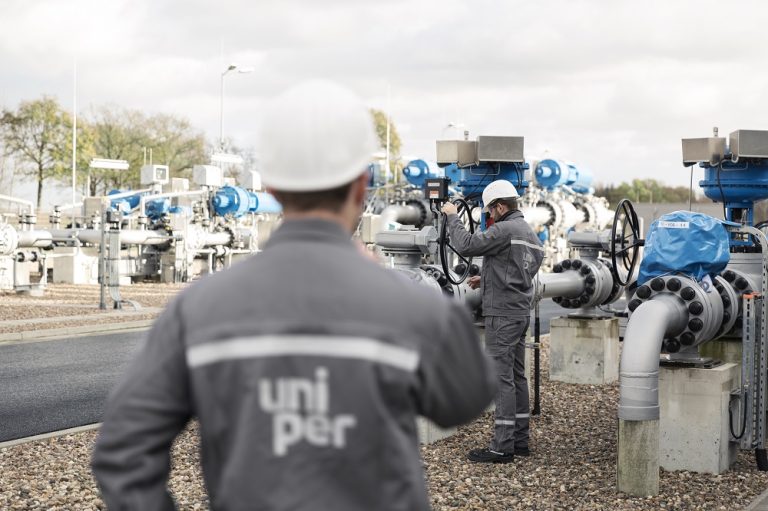 Uniper has signed an agreement with Shell to progress plans to produce blue hydrogen at Uniper’s Killingholme power station site in the east of England.
The hydrogen produced could be used to decarbonise industry, transport and power throughout the Humber region.
The Humber Hub Blue Project includes plans for a blue hydrogen production facility with a capacity of up to 720 megawatts (MW), using gas reformation technology with carbon capture and storage (CCS).
The captured carbon would be fed through the proposed Zero Carbon Humber onshore pipeline, part of the East Coast Cluster, recently selected as one of two carbon capture and storage schemes to receive initial government support under the Government’s Cluster Sequencing Process.
Blue hydrogen production at Killingholme could see the capture of approximately 1.6 million metric tonnes (Mt) of carbon per year through CCS, making a significant contribution to the UK Government’s target to capture 10Mt of carbon per year by 2030.
The agreement follows a memorandum of understanding signed by both companies in 2021 to explore accelerating the development of a hydrogen economy in Europe. Shell and Uniper will now jointly progress process design studies and site development activity, with a view to taking the project to Front End Engineering and Design (FEED) by 2023.
“The Humber Hub Blue Project is a key part of Uniper’s hydrogen ambitions in the UK and we’re extremely pleased that Shell is joining us on this initiative,” said Axel Wietfeld, CEO of Uniper Hydrogen.
“The development of a hydrogen production hub at Killingholme represents a significant step towards decarbonising the UK’s largest industrial cluster. Future proofing the industry, this investment has the potential to secure and grow the region’s economy,” added Mike Lockett, Uniper UK country chairman and chief commercial officer power.
“Shell is ready to play our part in ensuring an orderly transition to net zero while bolstering the UK’s energy security,” said David Bunch, country chair, Shell UK. “We plan to invest up to £25 billion in the UK energy system over the next decade subject to Board approval, and more than 75% of this is for low and zero-carbon technology. Hydrogen and CCS will be key to these plans. They can also help stimulate economic growth and jobs. That is why it is critical that both government and industry continue to work together to drive change.”