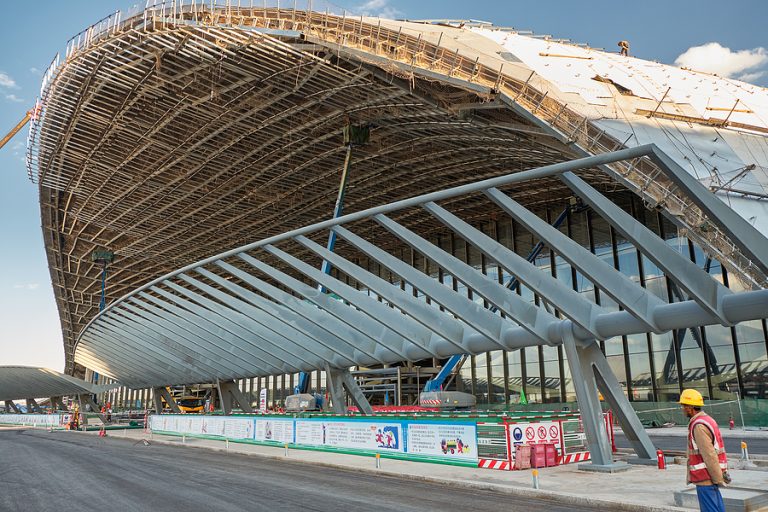 More than 130 Rotork actuators have been installed at the new Beijing Daxing International Airport – the city’s second international airport.
This builds on an existing relationship with China Aviation Oil, which controls the jet fuel supply at Beijing Capital and Beijing Daxing International Airports. At Beijing Capital, IQ Rotork actuators have been in operation since 1999.
Beijing Daxing International Airport is in competition for the title of the world’s biggest airport, with four runways currently built and a terminal building that covers an area of 700,000m². Rotork actuators carry out several duties at the airport, including the control of the relief valves at the tank farm.
These are in place in the event of a dangerous build-up of pressure, which can then be released by the opening of the valve.
The pump room, oil tanks, oil station and landing field ground wells use both IQ3 and IQT3 actuators to operate a variety of valve types, including gate, ball, plug and butterfly valves. The oil tanks and oil station also use electro-hydraulic linear actuators, which can provide a fail-safe function on power loss.
The actuators are connected with a Pakscan loop on a General Purpose Field Control Unit. Pakscan is a redundant loop network which enables the remote control of actuators.
It was selected as the unique loop back function and diagnostic ability made maintenance and service much easier. In an airport environment where hundreds of people can be displaced by breakdowns and delays, increasing reliability and reducing maintenance time is essential.
Additionally, the customer was pleased that they were able to connect the actuators to the Pakscan loop, alongside actuators from another manufacturer.
Rotork Site Services (RSS) worked closely with the airport’s engineers, providing training to ensure that they understood how to operate and service the actuators installed on site.