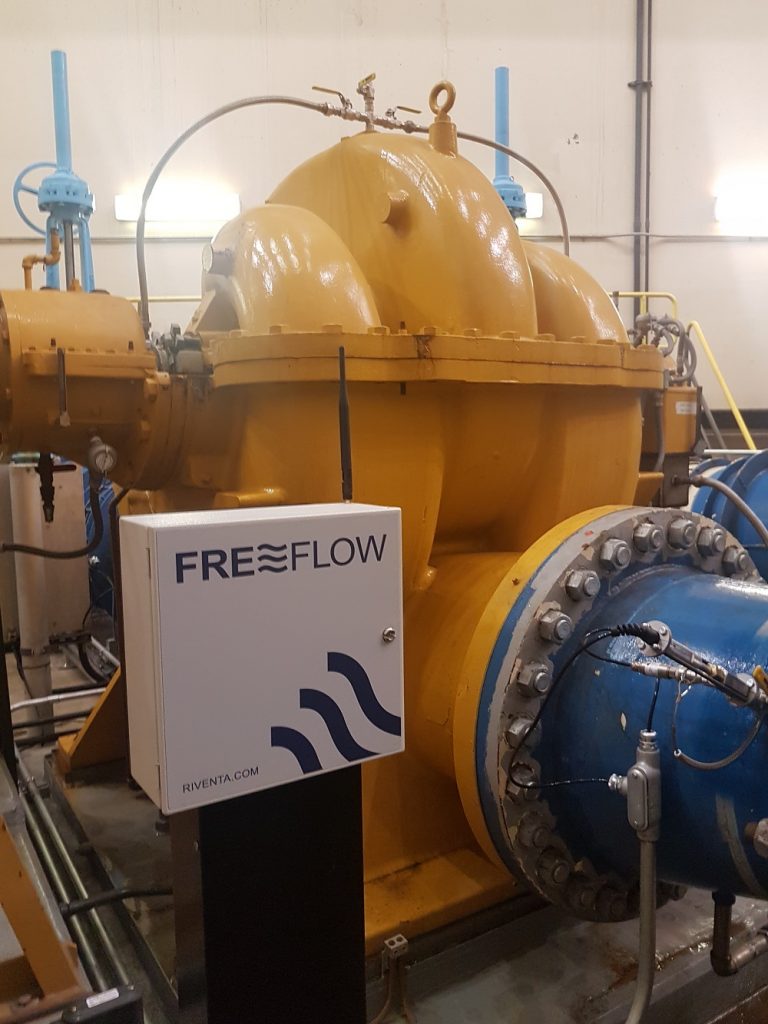 Riventa has identified potential savings of 12% - equating to $254,000 (€213,000) annually – as the Las Vegas Valley Water District looks to optimise its water distribution.
Utilising its leading-edge thermodynamic FREEFLOW technology, Riventa monitored pumps at the Hacienda Water Pumping Station (WPS), a strategic part of the district’s network, which is also part of the Southern Nevada Water Authority (SNWA).
Previously, it had not been possible to accurately assess the efficiency of the seven fixed-speed drywell pumps, which transfer potable water to a regulator tank at another site – but Riventa soon established that savings of 7.4% would result from refurbishing four of the pumps.
Savings of at least 4.8% could also be achieved through pump scheduling at Hacienda WPS, which was built in 1981, with assets upgraded in 1996.
Steve Barrett, Riventa’s managing director, said: “Hacienda WPS is very well-designed, with pumps perfectly suited to the system, but using FREEFLOW, we were still able to identify significant hidden savings, which are typical for water treatment facilities across America with equipment such as pumps and blowers of a certain age.”
Initial data findings showed that the least efficient pump was used the most during the first 2-weeks of the project period.
Using all data, Riventa made real-time recommendations for pumping combinations, based on demand, finding savings of $100,000 (€84,000) per year that could be achieved through pump scheduling.
Three pumps required no maintenance, while four were deemed priorities for refurbishment, which would deliver further savings of 7.4% or $154,000 (€129,000) per year.
Barrett added: “Our technology now provides LVVWD’s operations team with the information they need to operate ageing assets and stations as efficiently as possible. With real-time monitoring of pump efficiency in place, degradation in performance can now be tracked. The LVVWD maintenance team also has access to valuable data which will enable pump refurbishment to be planned in advance at the most economic intervals.”
While providing further training, Riventa is also collaborating with LVVWD’s operations team to customise a control-room interface. This will ensure that real-time information from FREEFLOW.