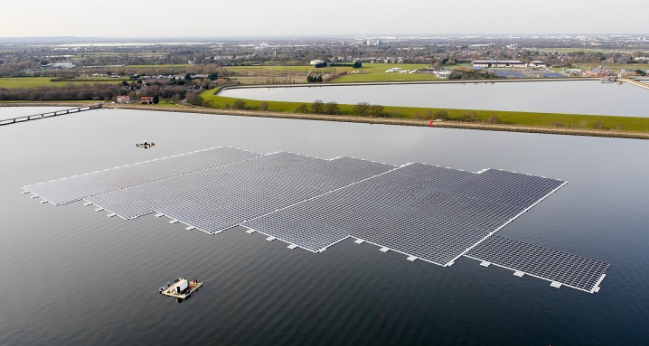 A major project to help protect London’s water supply for the next decade has begun in Walton-on-Thames.
Thames Water’s Queen Elizabeth II (QEII) reservoir, which stores around 10% of all the capital’s water, will be almost empty for the next year while essential maintenance is carried out.
The reservoir is one of the largest in the region and ordinarily holds 19,623 million litres of water - the equivalent of around 8,000 Olympic swimming pools.
By law reservoirs in the UK must be inspected at least every 10 years and Thames Water is using the opportunity to carry out major work.
Engineers will reline the two tunnels which feed water into the reservoir from the River Thames and carry it from there to the nearby Walton and Hampton treatment works, from where it is pumped to homes across London.
The relining will strengthen the tunnels and prevent any future leaks.
Rachel Whiteman, Thames Water’s project manager, said: “The QEII plays a really important role in the supply of top-quality drinking water for millions of people across Surrey and London so we have to make sure it’s safe and in good working order.
“We’re carefully managing the rest of our reservoirs in London to keep taps flowing so customers won’t see any impact on their water supply.”
Engineers will enter the tunnels through access shafts which will be constructed above each tunnel.
One of the shafts will be within the boundary of the reservoir site while a second will be in Walton Road, meaning the road will be fully closed for two months from April 26 and down to a single lane with temporary traffic lights from June until December.
She added: “We’re sorry for the disruption the road closure will cause. We’ve worked with Surrey County Council to prepare a safe diversion route and urge road users to follow it rather than taking potentially dangerous shortcuts.”
Work to drain down the reservoir started this week and is expected to take until June.
The water will continue to go to the treatment works and on to customer taps to avoid any wastage.
Around six meters of water will be left in the bottom of the reservoir to support wildlife including nesting birds. It means the solar panels which float on the surface and generate renewable energy to power the treatment works, can also stay in place.