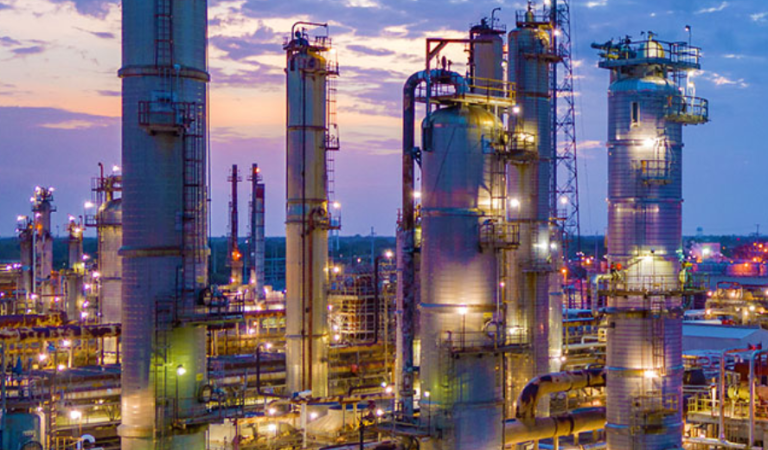 Crews at the second-largest US refinery have been busy containing crude oil leaking from a giant storage tank at a Houston area facility.
No injuries were reported as crude oil was being contained with an earthen berm at the 593,000 barrel-per-day (bpd) Marathon Petroleum Corp Galveston Bay Refinery in Texas City, Texas.
"The clean up is underway, and regulatory notifications have been made," said company spokesman Jamal Kheiry. "An investigation will be conducted to determine the cause of the release."
Brown crude was spotted gushing from around a valve on the outside of the tank, filling the berm designed to contain spills.
The Texas City Emergency Management Department said a state highway running along the side of the refinery near the leak was shut to all but essential vehicles.
Texas City is located 37 miles south east of Houston.