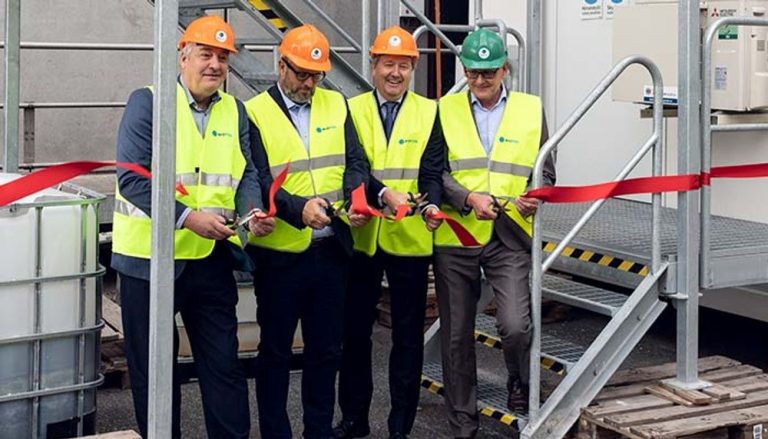 A new pilot plant for EasyMining’s nitrogen removal and recovery process at Denmark’s largest wastewater treatment plant has begun operations.
The facility at BIOFOS’ Lynetten is built within the LIFE RE-Fertilise project, a partnership between BIOFOS, Lantmännen, Ragn-Sells and EasyMining and co-financed by the EU’s LIFE Programme.
When nitrogen is extracted for fertiliser, the process requires large amounts of energy, which often comes from natural gas.
The new plant can help reduce this as the extraction of nitrogen from the wastewater is a chemical process that does not use natural gas.
According to Anna Lundbom, head of marketing at EasyMining and project manager for the LIFE RE-Fertilise project, the biological-based processes just release the nitrogen into the atmosphere after removing it, while the process applied by the nitrogen pilot plant captures it for use in for example fertilisers.
She said: “We want to keep the nitrogen and use it over and over again. What we do is to capture the ammonium nitrogen and then convert it to a form that can be used in the fertiliser industry.”
The method can also solve capacity challenges at treatment plants.
The increased population growth puts a strain on the treatment plants and creates capacity challenges at the same time as the requirements for how much nitrogen must be in the water that is returned to the sea after treatment are tightened.
An increased amount of wastewater creates larger amounts of sludge, which is an organic residual product from water purification.
Sludge contains large amounts of water with a high concentration of nitrogen. When the sludge has been dewatered after a digestion process, the water, called reject water or sludge liquor, is sent back to the treatment plant.
“Removing ammonium nitrogen from the reject water helps to increase the capacity of our treatment plant. At the same time, the new process will improve our climate footprint, as the process does not generate nitrous oxide emissions,” added Dines Thornberg, development manager at BIOFOS.