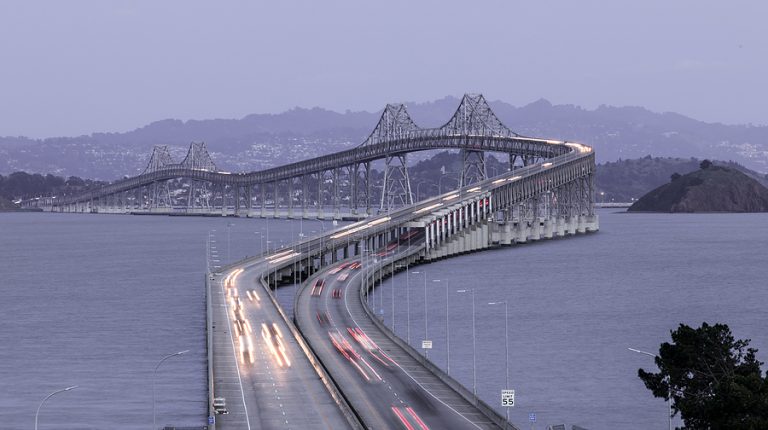 Concerns about water shortages in Marin has become so acute that talks are taking place over plans to build a pipeline across the Richmond-San Rafael Bridge to pump water into the county.
The Marin Municipal Water District, near San Francisco, US, is in early discussions with East Bay officials over a new pipeline.
The last such drastic move was during the 1976-1977 drought, when the district cut water use by 57% and faced running out of water within four months. Rebuilding the pipeline is one of several options being considered by the district, including adding a temporary desalination plant, should this upcoming winter be as dry as 2019 and 2020, said Ben Horenstein, the district general manager.
“It’s a very complex and costly project and it has a lot of elements that have to come together for it to be successful,” Horenstein said. “This would only be considered if the drought continues into a third year or longer.”
Horenstein said it could cost tens of millions of dollars to construct a pipeline, buy the water, treat it and then pump it over the bay.
Jay Lund, co-director of University of California Davis Centre for Watershed Sciences, said it was common for water agencies to open up emergency connections with neighbouring agencies during a drought.
“It’s a deep drought. It’s early days,” Lund said. “All the water utilities and districts ought to be reviewing their options and this sounds like a very prudent thing to do.”