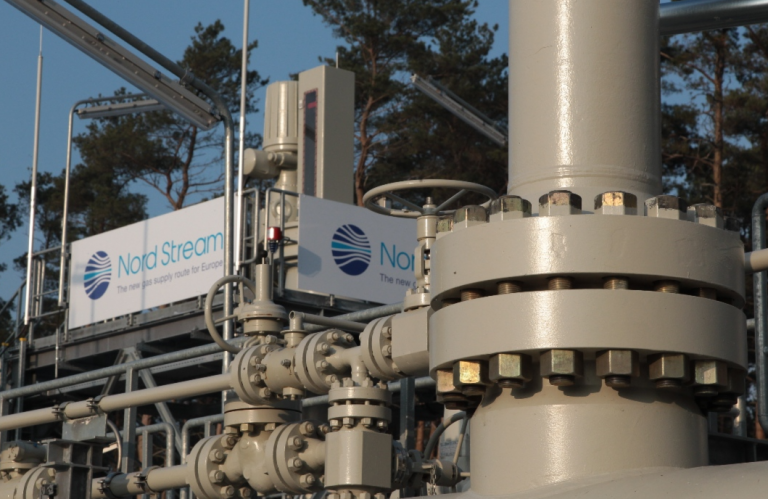 A second Russian pipe-laying vessel is undergoing trials ahead of joining the controversial Nord Stream 2 project.
The vessel, the Akademik Cherskiy, left the German port of Wismar on Thursday with the intention of later joining the project in Danish waters.
The US has criticised the plan to build the pipeline from Russia to Germany, aimed at pumping more Russian gas to Europe, saying it would increase Russia’s economic and political leverage over the region.
“The pipe lay vessel Akademik Cherskiy departed from the port of Wismar and transited in the direction of Kaliningrad to undergo sea trials. Upon the sea trials completion, the vessel is planned to start pipe lay works in the Danish EEZ,” the consortium behind the Nord Stream 2 undersea gas pipeline told Reuters.
“Nord Stream 2 AG has submitted the relevant notification to the Danish Maritime Authority. All works shall be performed in accordance with the available permits.”
The Danish Maritime Authority said it expects the project to be finished by the end of September.
Another Russian vessel, Fortuna, is currently laying pipes inside Danish waters.
The pipeline is mostly complete with about 120 kilometres yet to be laid in Danish waters and almost 30 kilometres in German waters.
The Nord Stream 2 gas pipeline project is led by Russian giant Gazprom with half of the funding coming from five European partners – Germany’s Uniper, BASF’s Wintershall, Anglo-Dutch Shell, Austria’s OMV and Engie.
The project is designed as two parallel 48-inch lines, roughly 1,200 kilometres long, each starting southwest of St. Petersburg and ending at German coast, Greifswald.
The gas pipelines will have the capacity to transport 55 billion cubic meters of Russian gas a year to the EU, for at least 50 years.