London reservoir back in action and filled with 8,000 Olympic pools of water 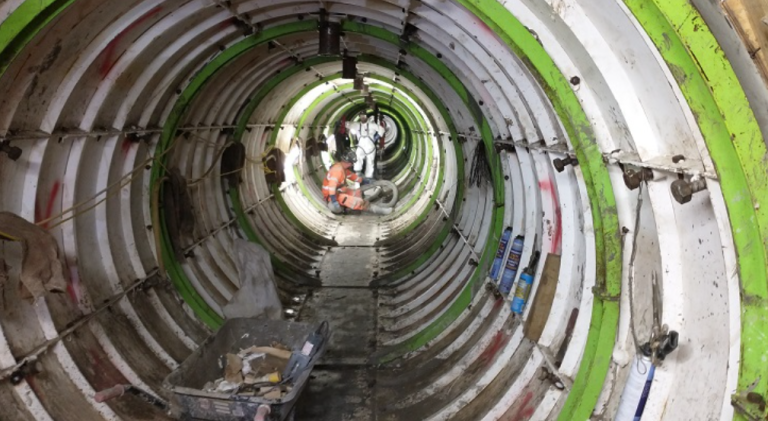 A £25 million (€30 million) investment project to help protect London’s water supply for the next decade has been successfully completed ahead of schedule.
Work to drain the Queen Elizabeth II reservoir in Walton-on-Thames in the UK, which stores around 10% of all of London’s pre-treated drinking water, began in April 2021 so that essential maintenance could be carried out to help protect the capital’s water supply.
The reservoir was not due to be refilled until this summer, but after maintenance work finished ahead of schedule, the reservoir has been gradually filling up since November. The reservoir has now returned to service and is supplying water to the nearby Hampton water treatment works.
The reservoir is one of the largest in the region and when full holds 19,623 million litres of water - the equivalent of around 8,000 Olympic swimming pools.
While it was drained engineers relined the two tunnels which feed water into the reservoir from the River Thames and carries it from there to the nearby treatment works, from where it is pumped to homes across London. The relining has strengthened the tunnels to prevent any future leaks.
Rachel Whiteman, Thames Water’s project manager, said: “The QEII plays a really important role in the supply of top-quality drinking water for millions of people across Surrey and London, so we’re delighted we’ve been able to carry out the vital maintenance work and refill it ahead of schedule. It’s been a huge effort by the whole team and we’d like to thank everyone in the area for their patience while we temporarily had a road closed and had construction vehicles coming on and off the site.”