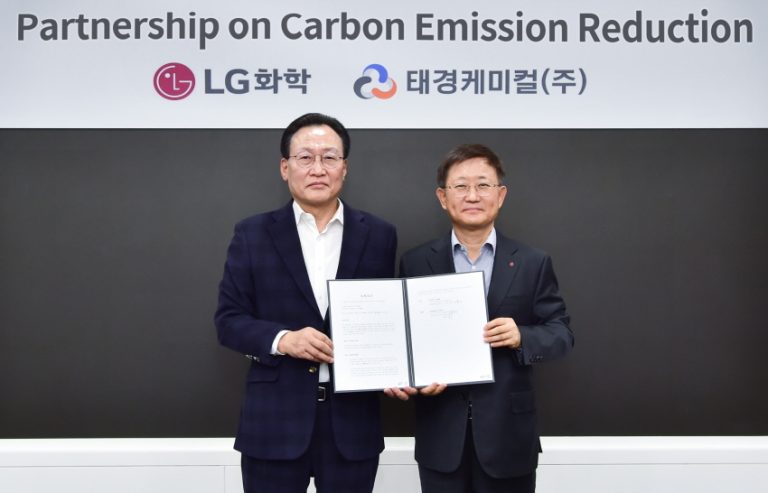 LG Chem announced its plan to produce hydrogen as a key component of its long-term 2050 net-zero corporate sustainability goal.
South Korea’s largest chemical company said it will establish a plant in Daesan, Korea, with the capacity to produce 50,000 tons of hydrogen annually by the second quarter in 2024.
This plant will be the first LG Chem site to produce pure hydrogen, apart from those earned as off-gases.
“The establishment of our hydrogen plant and CO2 circulation system is an effort to create a sustainable future for our petrochemical business by achieving carbon neutrality,” said Noh Kug-lae, head of petrochemical business at LG Chem. “Hydrogen will allow us to convert our petrochemical pyrolysis to a more sustainable low-carbon process.”
The new plant employs technology which converts methane to hydrogen by creating a chemical reaction under high-temperature steam. Hydrogen will be made from methane off-gases generated by the naphtha cracking center (NCC) in the process of producing feed-stocks. These hydrogen will then be depolymerized under high-temperature to be used as fuel again.
Construction of LG Chem’s hydrogen plant is expected to commence in the first half of 2023 and scheduled for completion by the second quarter of 2024.
Once fully operational, LG Chem expects the plant to reduce carbon emissions by 140,000 tons annually – equivalent to 1 million newly-planted trees – by replacing methane used in the NCC process with high-purity hydrogen, which does not create carbon dioxide during combustion.
The plant is a key component of LG Chem’s strategy to increase its use of renewable energy such as hydrogen in the NCC process by up to 70 percent by 2025, as well as to the company’s plans to actively utilize hydrogen in the production of renewable bio feedstocks such as hy-dro-treated vegetable oils.
The construction of additional hydrogen plants will be considered in the future based on carbon reduction efficacy. Through these efforts, LG Chem is confident it can create a value chain in which CO2 generated from the hydrogen production process is repurposed as a useful resource.