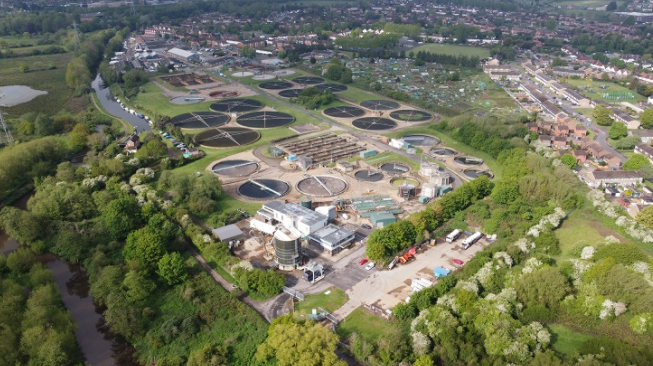 Thames Water plans to relocate Guildford’s sewage works strengthening the town’s waste services for the future.
A completely new works, Thames Water’s first since 2005, will replace the existing 60-year-old site, which is set to be demolished to enable Guildford Borough Council to develop new housing.
An online consultation will allow people to help shape a formal planning application for the works, which is expected to be submitted later in the year.
Guildford’s existing sewage works has been in operation since the 1960s but will be demolished to make way for thousands of new homes.
As part of the scheme, the council has agreed to fund the new, modern works, which will be built further away from the centre of town and will be future-proofed to cater for the town’s growing population.
Francis Paonessa, Thames Water’s capital delivery director, said: “This is a unique opportunity to work alongside the local council to provide the best services for Guildford’s residents now and in the future.
“As well as creating space for new homes in the town, the scheme will allow us to build a modern sewage works which will be able to support Guildford’s growth in years to come.
“This will be the first new sewage works to be built by Thames Water since Reading STW opened more than 15 years ago and shows our commitment to constantly improving the service we offer our customers.”
Construction of the new works will take about three years, followed by a further year of testing before it is put into operation.