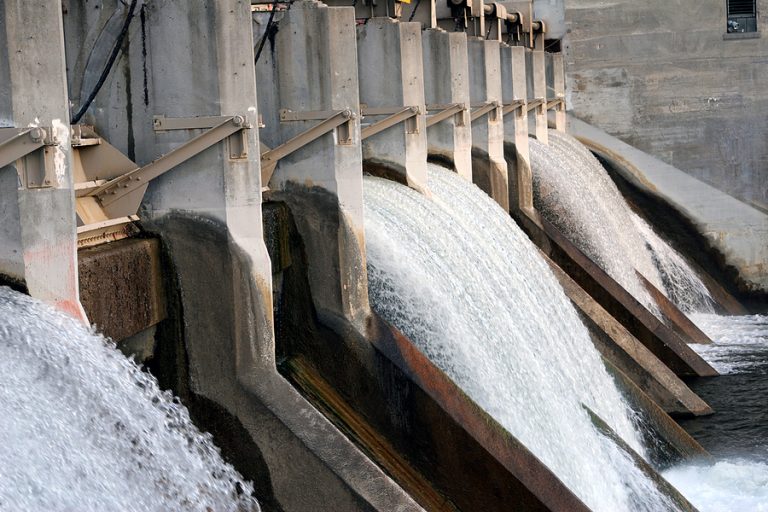 Michigan lawmakers have proposed spending $500 million (€408 million) to repair ageing dams a year after a hydroelectric facility failed to hold back floodwaters.
This caused more than $250 million (€204 million) in damage, draining lakes and forcing thousands of residents to evacuate their homes.
Pending legislation would create four new funds dedicated to dams. The money would help cover repairs related to the disaster, upgrade high-risk dams elsewhere, fund responses to future disasters and draw federal match funding to rehabilitate or remove dams.
Policy bills would add requirements for dam owners, including that they can financially handle potential problems and that they keep operation, monitoring and safety records. Higher-risk dams would be inspected more frequently than lower-risk structures.
In May 2020, the Edenville Dam failed during a steady rain, draining Wixom Lake and unleashing the Tittabawassee River, which then overwhelmed the Sanford Dam, about 140 miles (225 kilometers) north of Detroit.
In March, the state said the major portion of emergency work to restore the Tobacco River was completed.
The Michigan Department of Environment, Great Lakes and Energy said a reorganised dam safety unit will soon have the equivalent of five full-time staffers to oversee more than 1,000 state-regulated dams, double from when the two dams failed a year ago.