Enbridge oil pipeline to deliver crude for the first time 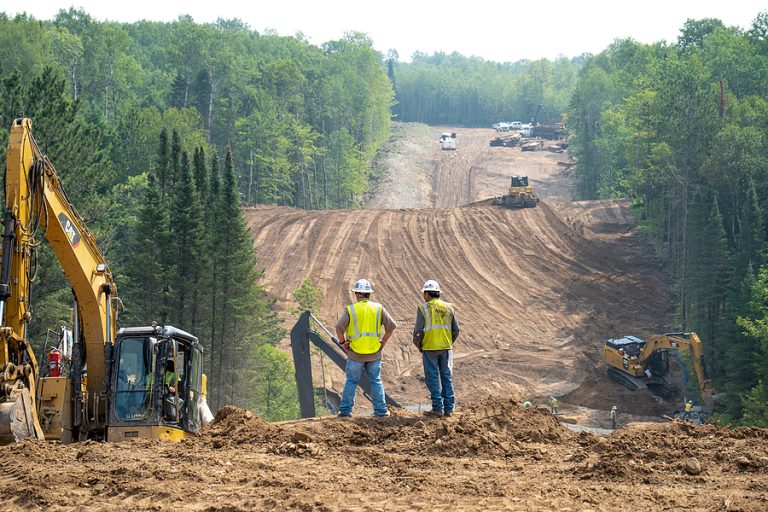 Enbridge’s Line 3 oil pipeline is set to start transporting oil, the Canadian energy company announced.
The news follows more than six years of permitting, review and litigation, and nearly a year of construction to complete the 337-mile route through northern Minnesota in the US.
The news has disappointed opponents of the pipeline, many of whom have spent years fighting the project.
The pipeline replaces the existing Line 3, which was built in Minnesota in the 1960s and, according to Enbridge, required increasing maintenance as it aged.
Existing Line 3 was running at 50% capacity as a result, and the new pipeline allows Enbridge to resume shipping about 31.9 million gallons of oil from Alberta to Superior, Wisconsin,  every day.
“We are pleased that Line 3 is complete and will soon deliver the low cost and reliable energy that people depend on every day,” said Al Monaco, Enbridge president and CEO, in a news release.
Smaller segments of the Line 3 replacement also pass through North Dakota — which was completed in late 2020 — and Wisconsin, which became operational in early 2018. The entire project cost about $9.3 billion.
In a statement, Winona LaDuke, director of indigenous environmental nonprofit Honor the Earth, thanked the thousands of people who joined efforts against the pipeline in Minnesota.
“Your brave efforts about Enbridge’s Line 3 have reshaped the world’s views on the climate crisis we are in, the Treaty Rights of the Anishinaabe, and the escalating divestment in fossil fuels around the world and here at home. You are the true heroes of this tragic saga,” LaDuke said.