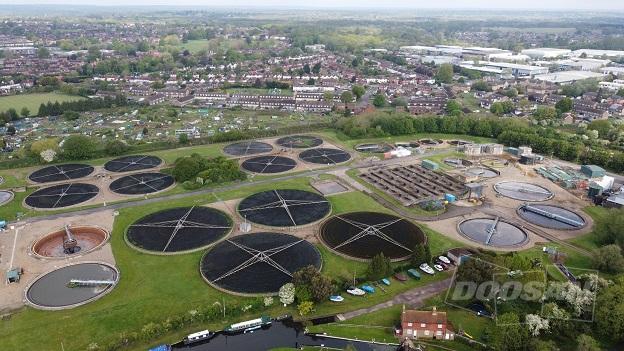 Doosan has partnered with construction and engineering firm BAM Nuttall to form a consortium for the Guildford Sewage Treatment Works Relocation project, in which it will be participating as the main contractor. The project is valued to be approximately KRW 180 billion (€130 billion).

The Doosan Enpure partnership will demolish the existing 60-year-old sewage treatment works in Guildford, southwest London, and will be replacing it with a new sewage treatment facility built at a nearby site that is equipped with the upgraded sewage and sludge treatment capabilities.

As part of the scheme, Guildford Borough Council has agreed to fund the new, modern works, which will be constructed at Slyfield Industrial Estate on land previously used as landfill.

The project will include the construction of a 1.5 kilometre, 1,500 mm-diameter tunnel to transport the sewage from Guildford’s existing sewer network to the new site, along with the facilities to carry out the four stages of treatment to meet environmental requirements before the treated water is returned to the River Wey via a newly-constructed outfall.

“This is truly significant as it is the first time we are participating as a main contractor for a project ordered by Thames Water, which is the UK’s largest water and wastewater services company,” said Inwon Park, CEO of Doosan Heavy’s Plant EPC business group.

“We aim to successfully carry out the project by leveraging Doosan’s superior sewage treatment technology and will be using this as a basis to strengthen our foothold in the constantly growing global water treatment market.”

Francis Paonessa, Thames Water’s capital delivery director, commented: “We’re excited to be working with BAM Nuttall and Doosan Enpure to provide the best services for Guildford’s residents now and in the future.

“As well as creating space for new homes in the town, the scheme will allow us to build a modern sewage works, which will be able to support Guildford’s growth in years to come.

“This will be the first new sewage works to be built by Thames Water since Reading STW opened more than 15 years ago and shows our commitment to constantly improving the service we offer our customers.”

The project is scheduled to be completed by late 2026.