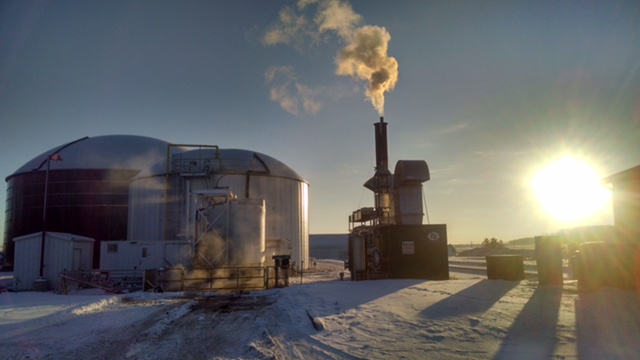 A chopper pump made by Landia has now completed eight years of continuous robust service at the largest university campus AD/biogas plant in the United States.
This is despite the very tough environment of being in a food waste and FOG (fats, oils and greases) reception pit.
The facility at Michigan State University (MSU), which converts over 22,000 tons of food waste annually into renewable energy, opened in 2013, complete with the same Landia Chopper Pump (model DG-I 105).
Contributing towards the process of generating 2.8 million kilowatt-hours of electricity per year from the organic waste, reduces particle sizes as it transfers approximately 5,000 to 10,000 gallons per day into the digester mix tank.
Louis Faivor, farm assistant manager at MSU (South Campus Anaerobic Digester Operator), said: “Considering the amount of delivered food waste we receive that is contaminated with gloves, bags, dishes and various other debris, the Landia Chopper Pump continues to prove reliable. In fact, it has only received its second rebuild just recently in the whole of the eight years since it was installed when the AD plant first opened back in 2013, which proves just how durable and low on maintenance it is.”
Designed with a unique knife system at its inlet that continually reduces solids in size and ensures no clogging or blockages, the Landia Chopper Pump is easy to service and also low on energy consumption.
Dana Kirk, an associate professor from MSU’s Department of Biosystems and Agricultural Engineering, who oversees the AD operation, added: “Since the plant opened eight years ago, we have managed to reduce contamination levels, but food waste is always susceptible to debris that can damage equipment. The more we can keep the trash out, the longer time period we can go without replacing wear parts. The second rebuild was common wear parts, including the impeller and seals. It is very tough indeed.”
A separate reception pit contains cow manure from the MSU Dairy Teaching and Research Centre, while the food waste transferred by the Landia Chopper Pump is sourced from several campus dining halls, food processing and manufacturing facilities in southern Michigan - plus fat, oils and grease from local restaurants. The feedstocks from both the manure and food waste reception pits are pumped into the 10,000-gallon mix tank, where they are blended.