Beautiful Bull Shoals – and WWTP – just a stone’s throw away 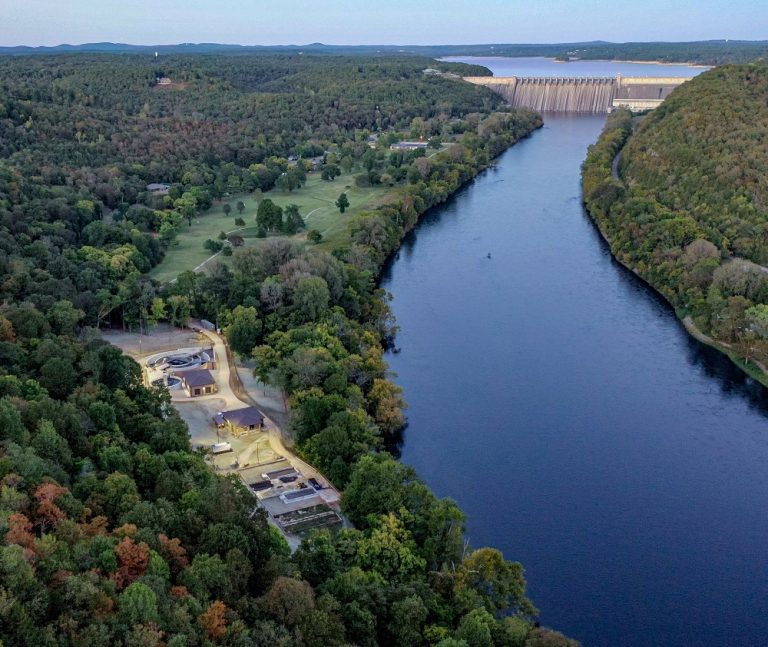 We all love it when a plan comes together. In July 1952 in Arkansas, when President Harry S. Truman dedicated the Bull Shoals Dam on the White River, which created Bull Shoals Lake, it, as planned, brought about a boom in tourism.
Perhaps not even the man who said that “America was built on courage, on imagination and an unbeatable determination to do the job at hand” could have envisioned that today, according to The Arkansas Game and Fish Commission, Bull Shoals’ fishery is worth $705 million (€578 million) annually.
When taking into consideration all the other visitor spending factors such as food, lodging and transportation, that figure rises to an incredible $1.5 billion (€1.23 billion) each year for Arkansas.
The largest lake in The Natural State, with 45,440 acres of water and a 1,000-mile shoreline, Bull Shoals Lake stretches along Arkansas’ northern border and into southern Missouri.
Ranked in the top five trout fisheries in the world, the pristine welcoming waters of the White River sit just a stone’s throw away from the water and wastewater treatment plant (WWTP) at Bull Shoals.
‘Blend in with the local...