ANDRITZ has been awarded major refurbishment contract by Hydro-Québec 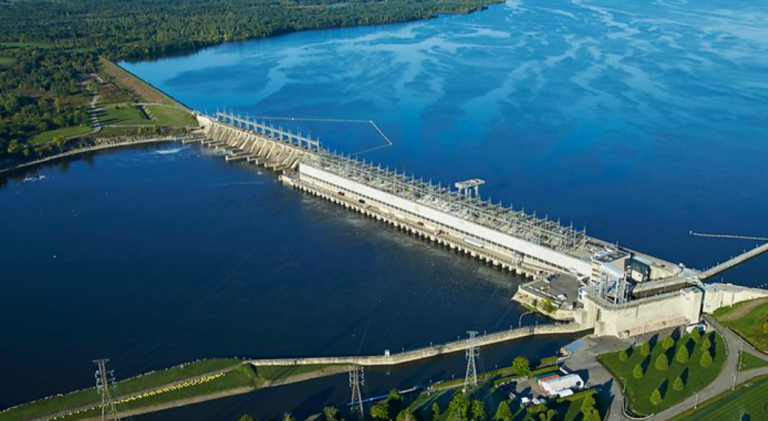 The facility on the Ottowa River
International technology group ANDRITZ has been selected by Hydro-Québec as its main partner to re-equip its 14 turbine generator units at the Carillon generating station.
Hydro-Québec has awarded the supply and installation of the first set of six 54-MW  turbine-generator units at the facility on the Ottawa River, Canada, to ANDRITZ.
The first phase encompasses complete re-equipping of six units with new generators, speed governors and turbines.
ANDRITZ is responsible for design, manufacture, transportation, assembly, testing and commissioning of the entire equipment.
The existing units were supplied and commissioned by ANDRITZ in the early 1960s. With its knowledge of this technology as the original equipment manufacturer and local presence of the company’s execution teams, ANDRITZ was best suited in execution of this important project.
The work will span over a 16-year period, with commissioning of the last unit planned for 2036.
ANDRITZ has been present on the Canadian hydro market since 1890, delivering about 1,000 units with a total capacity of 50 GW in Canada. The ANDRITZ group has around 1,000 employees in Canada in total.

The facility on the Ottowa River